The Surfrider Foundation Miami Chapter is pleased that initial wave modeling at the University of Miami’s Alfred C. Glassell Jr. SUSTAIN Laboratory projects that the Reefline phase one project will not cause significant impacts to wave height at the South Beach surf break.

The modeling was contracted and financed by Blue Lab Preservation Society, the project lead of Reefline, as part of an agreement between Surfrider and Blue Lab to avoid adverse impacts on South Beach’s waves. The Miami Chapter appreciates the careful evaluation by Dr. Brian Haus and the team of researchers at the SUSTAIN Lab who assessed potential impacts of proposed Reefline sculptures on wave size by using the lab’s 23 meter long tank, called the Multifaceted Wind-Wave-Storm Simulator.

Specifically, ​​impacts on wave height were assessed based on potential “wave shoaling, refraction, and/or dissipation due to friction and breaking.” Simulated waves based on local conditions were generated in the pool, and changes in wave height were assessed after adding a miniature yet scaled version (1:20) of the Reefline sculptures. Representatives from the Miami Chapter and Blue Lab were present for the modeling.

Figure 1 & 2. Car models based on Reefline’s Phase 1 design scaled at a 1:20 ratio for use during the wave simulations. Image by SUSTAIN Lab.

While the projections of this model are encouraging, with simulations showing negligible impact on wave height due to the proposed depth, design, and overall size of the phase one artificial reef, there are some limitations, as is the case with all modeling efforts. Here, notable limitations include the experiments with the Multifaceted Wind-Wave-Storm Simulator experienced flow disruption due to reflection from the end of the tank- which reduced the number of waves that could be observed in each run, the simulator did not provide a way to analyze the effects of sand flow and accretion, and only impacts to wave height were considered (which was the parameter agreed upon by all parties).

Overall Surfrider is appreciative of the efforts of Blue Lab Preservation Society to consider and avoid potential impacts to this valuable, local surfing resource. 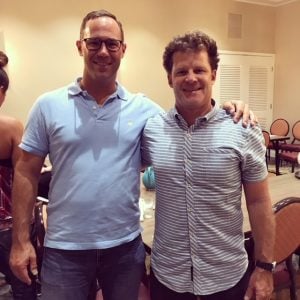